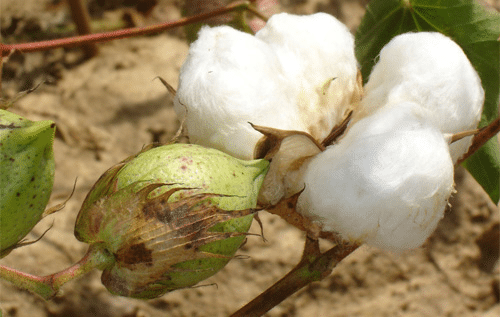 Cotton with coevolving pests has been grown in India more than 5000 years. Hybrid cotton was introduced in the 1970s with increases in fertilizer and in insecticide use against pink bollworm that caused outbreaks of bollworm. Hybrid Bt cotton, introduced in 2002 to control bollworm and other lepidopteran pests, is grown on more than 90 % of the cotton area. Despite initial declines, year 2013 insecticide use is at 2000 levels, yields plateaued nationally, and farmer suicides increased in some areas. Biological modeling of the pre-1970s cotton/pink bollworm system was used to examine the need for Bt cotton, conditions for its economic viability, and linkage to farmer suicides.